I have been wanting to go to this Yut Kee Restaurant ever since Lee Ann mentioned it many many months back. I also read it at vkeong’s and KampungBoyCityGal’s blog too. But because it’s tucked in central KL and quite a distance from Cheras plus not being able to wake up early, so I never tried the place until 2 weeks back as we wanted to go to KLCC.

So finally after so many months, I get to taste what Hainanese Pork Chop tasted like. 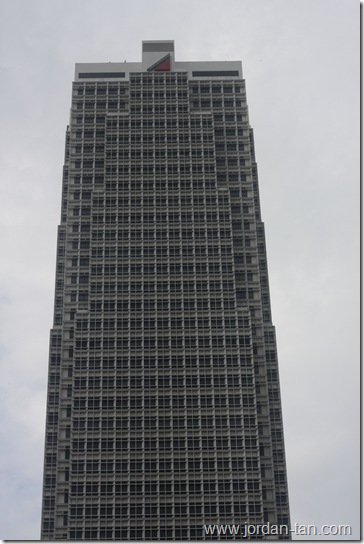 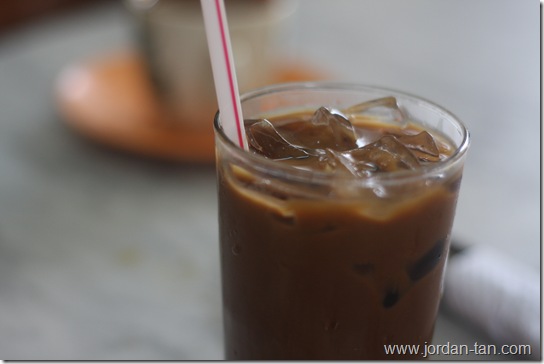 One of the most iconic drinks is their Hainanese Coffee. It looked like Iced Coffee, but it’s really something different. The crowd was not too bad considering that there’s still places to sit when we arrived (although we did have to share the table with some strangers not long after we seated).

We gave the Hainanese toast a miss since we wanted to try the 2 dishes that they are most famous for. 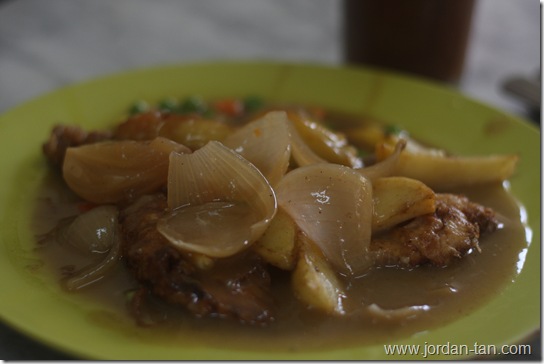 Hainanese Pork Chop! What can you say, apparently Hainanese people eat pork chop for breakfast, something new to us. The pork is tender and the sauce is good with a lingering taste of Lea & Perrins Worcestershire Sauce. It comes with some mixed vege and sauted potatoes (which I found quite uncooked to my liking). It’s something new and definitely a must try @ RM9.90 per plate.

The other signature dish here would be their Roti Babi. 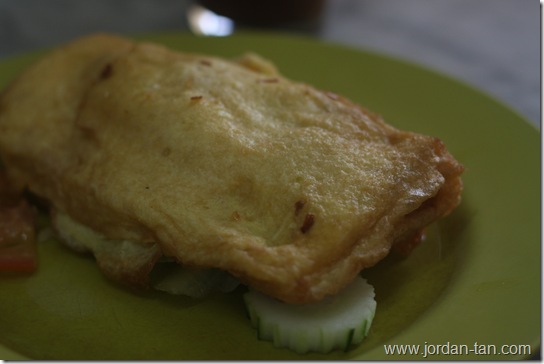 When it was served to us, I was wondering if this is a a french toast. True enough the bread have the french toast texture, but it’s what hidden inside that really sums up it’s name. 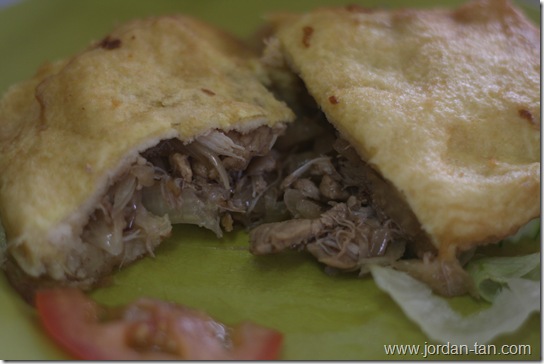 It’s where all the daging babi is hidden, hence giving it’s name. I quite like the taste of it because I am a fan of French Toast, more so with pork in it. With a price of RM7.90, it’s quite worth it.

It’s a great place to spend your Sunday morning breakfast with the shop colonial setting and great food. It’s nice knowing that you can have this little indulgences once in a while in the heart of the city.