3 Pan Mee blog is the space of a week is a little overwhelming right? Hopefully this don’t start off a pan mee protest on this blog. Anyway, apart from the one is Midvalley, there’s another one that some of my friends always eat, which is located somewhere in Chow Kit. So when Lin mentioned over BBQ that there’s a branch in Pandan Indah last Sunday, we decided to go there to try since it’s just nearby.

So come Merdeka Day, the 3 of us are up early and head over to Pandan Indah to try it. The first place that we saw is selling Pan Mee, so we thought, this must be it since there’s quite a big crowd in the restaurant and the name sounded like what Lin mentioned.

So we happily seated ourselves in the restaurant and I texted Lin the name. That’s when he told me that the shop is called Kin Kin and not Bao Bao. But it’s already too late as we have made our ordered.

So thinking to ourselves, what the heck just give it a try lar… 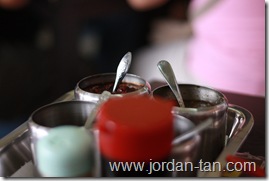 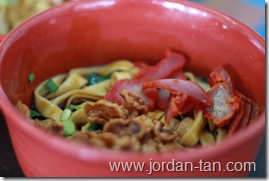 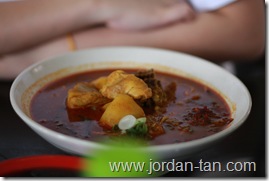 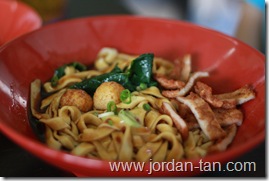 So we ordered a bowl of Curry Pan Mee, Dried Pan Mee and another Pork Chop Pan Mee each. So after about 10 minutes, comes our meal and there’s when we realised that we “naik bas” already.

The curry soup is almost tasteless and disappointing. Both the dried pan mee tasted so-so only and a bit on the sweet side. The only nice thing is their 4 different kinds of chillies and the pork chop that Jasmin ordered. So we were left unfulfilled. It’s not a cheap meal too, as it’s about RM30 for the 3 of us. The best part is we only know where’s Kin Kin Shop when we were driving out of the area. Crap!

So yesterday, since we were up early with our semangat berkobar-kobar, we went to the Kin Kin Shop. 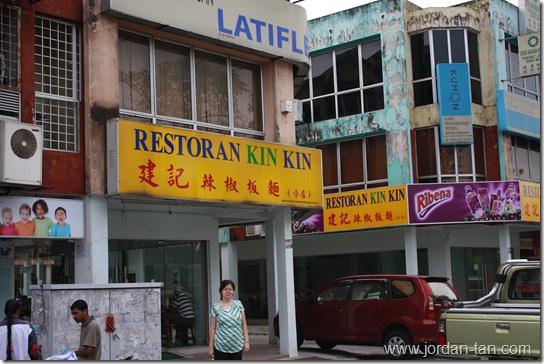 If you can read Chinese, it’s written “Kin Gei Lat Jiu Pan Mee” (Kin Kin Chilli Pan Mee). As it’s quite early, there’s not much people in the shop. May ordered the pinched Pan Mee Soup, while I ordered the Dried Pan Mee. 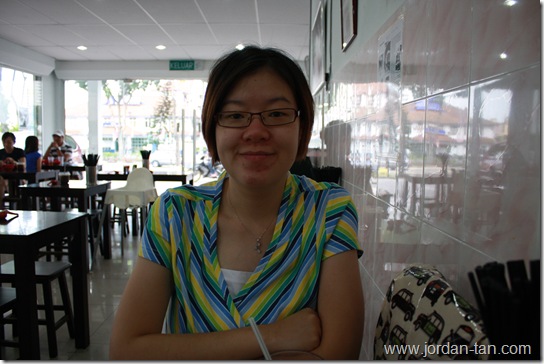 May happily waiting for the food to be served. It’s obvious that the shop signed showed Chilli Pan Mee as at each table, there’s a generous portion of this. 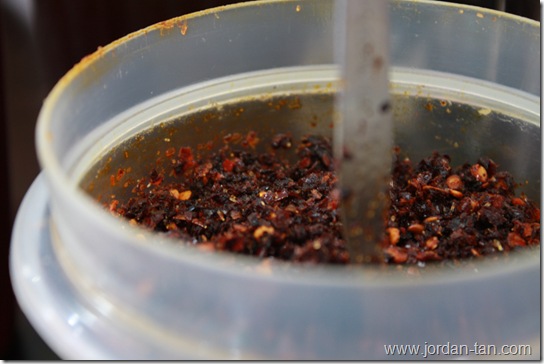 Dried chillies! No wonder Lin kept on saying that I must try, because of this. Yeah, chilli plays a big part in my food. I remember once saying to some friends that if there’s no chilli, I think I would rather die (of course I don’t have that thinking anymore lar!)

Next come our food. 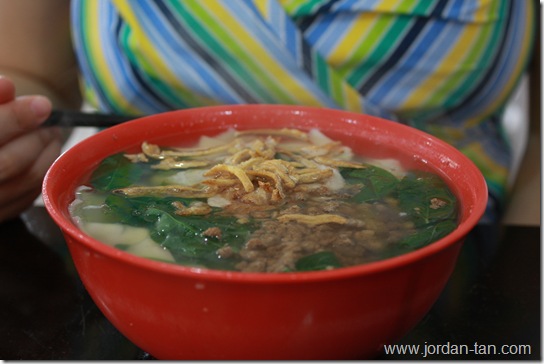 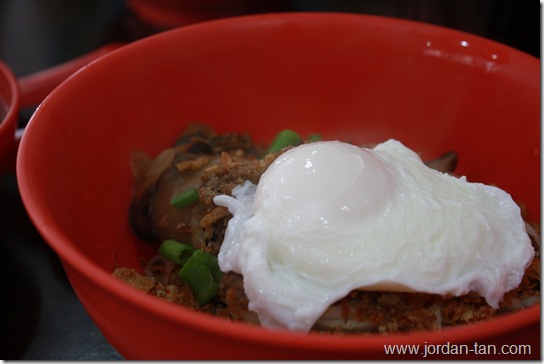 I didn’t expect that both bowls comes with poached egg, which is quite a different twist in serving the mee. Here’s another shot of what’s underneath the egg. 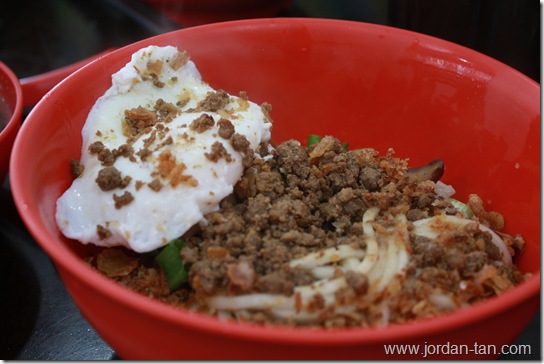 The mee is actually quite delicious especially if you eat it with the dried chillies. With a large serving of minced meat (which is what I like in pan mee) and coupled with the egg, it’s not a small serving as what my friends have describe it to be. I think my friends are big eater, that’s why they have to order 2 bowls in 1 serving. Having said that, I do noticed a couple sitting not far from us also ordered 3 bowls. Hmm…maybe it’s because of the big sandwich that we ate earlier that day lar. 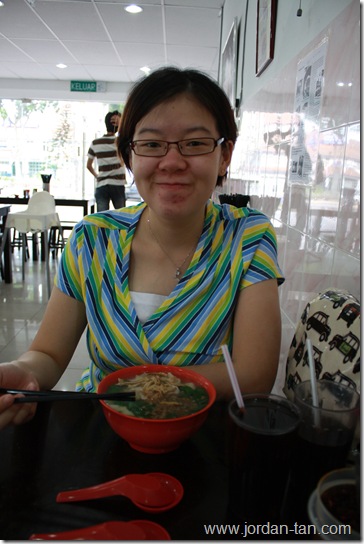 May posing with the food.

For RM13.20 with 2 glass of herbal tea, this pan mee is way better than the one we ate 6 days back. And as for the both of us, we are a happy customer!

Bak Kut Teh in Klang for the 3rd time