I woke up about 7am this morning and head to the nearby park for a walk/jog. It was quite a cloudy and windy morning so it’s really refreshing waking up early on a Sunday morning. I never knew that there’s this aerobic class in the middle of the park and there will be a lot of ladies working out with loud music coming out from a cd player. So much for a quiet walk, next time around I think I will bring my iPod along.

After about 4 rounds (800m x 4 = 3.2km), I head home and May was already awake. We initially wanted to go and get the Nasi Lemak near our place but I guess the stall owner is too rich that they decided to close during this weekend. So since she had just taken some kaya puffs from Ipoh and I am not too hungry, we decided to head to Imbi for breakfast before heading over to KLCC.

Woke Jasmin up to ask if she wants to follow, and she said yes. So by 915, we are on our way to Imbi. There’s this shop near the Soo Kee Restaurant in Imbi that serve quite nice Ipoh Chicken Kway Teoy and I bumped into this place a few years during breakfast after Pat’s bachelor night.

So as usual May ordered the Kway Teoy Soup, Jasmin ordered Lam Mee and myself Curry Laksa. 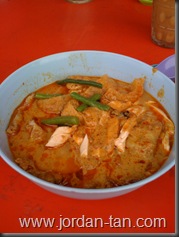 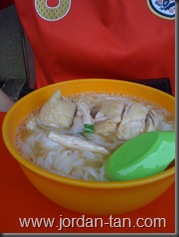 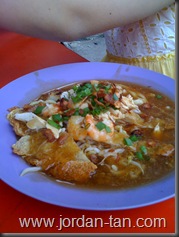 All the food taste quite good especially my Laksa. Not too spicy and just nice. While the Lam Mee is not bad either. So can be said on May’s noodles. Just the way she always like it. 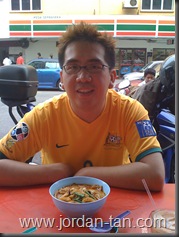 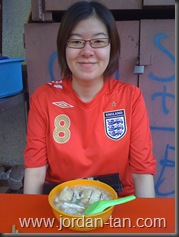 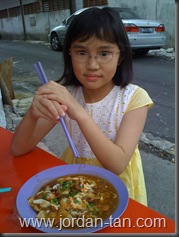 3 happy customers posing with their food. The only thing about the area is there’s a lot of foreign workers and seriously I mean a lot. When I was walking down the street, it feels like I am walking in another country.

So after breakfast, we make our way to KLCC as we were supposed to look at some baby stuffs mainly breast pumps. We reached there about 10am and it was good to walk as there aren’t many people around. She got to know this brand call Medela that specialize in breast pumps and other stuffs. We walked through Isetan and Parkson but none of this anchor carries this brand. However we did managed to find it in Mothercare and the price is RM469 with 10% discount.

Decided not to get it as I feel can find better deals at Amazon. So about 12pm we head home. That is after we decided to have Ayamas Roasted Chicken for lunch. May have been having this craving for a long time and finally it’s being realised. My bad. 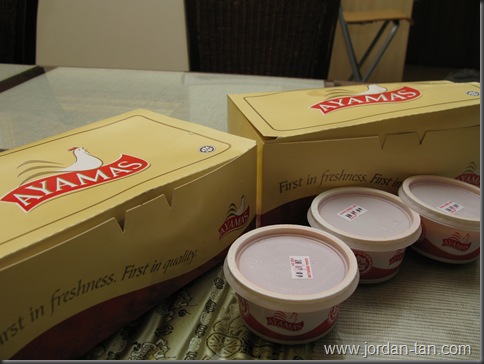 It’s been a long time since I eat Ayamas. But anyhow, there are currently having this promotion where if you buy a whole bird, you will get 50% off the 2nd bird. So with both May and Jasmin feeling a bit barbaric, we bought 2 birds. 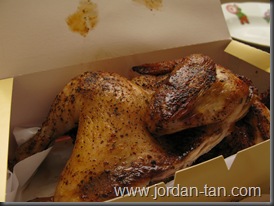 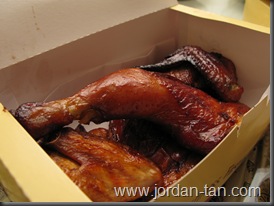 Oops, I forgot to mention about the promo. In order to buy the 2nd bird at 50% off, you will have to get the Pepper Roasted first at normal price. And since Jasmin don’t like Pepper and Percik is also spicy, we ended up getting the Golden Roast as our 2nd bird. (Although I really want to taste the Percik!) 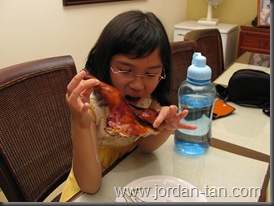 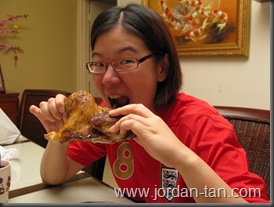 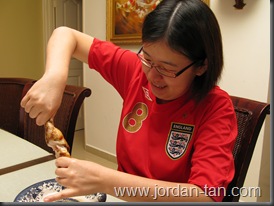 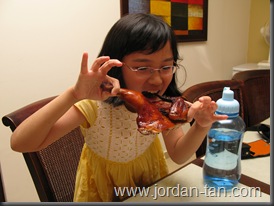 Remember the part where I said that they are feeling barbaric? Well here are some of them eating like one, haha. Not that I didn’t do the same, it’s just that the 2 of them are too busy eating so they don’t bother taking my picture.

After eating, we know why they require customers to buy the Pepper Roast the 1st bird, it’s because it’s not really that good in terms of taste (makes it even worse why I didn’t choose the Percik in the first place, sigh!). However, the Golden Roast is still good. And with the chilli sauce, it tasted even better. 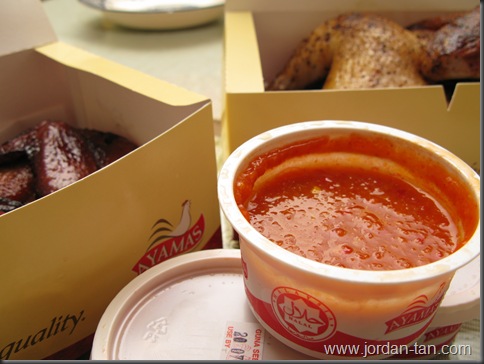 Overall, it’s quite a satisfying lunch and not that expensive. I mean RM30 for 2 chicken, even McDonald’s are more expensive than this right?

It’s been a long day, but I like waking up early. I got the feeling that the day is so long and there’s a lot of things that can be done. So how about your Sunday?

I sprained my hand