May gathering with old friends @ Delicious, Bangsar, me and Jasmin tagging along

Last night we were at Bangsar Village as May was going to meet up with some friends for dinner. While I don’t have much to do and don’t want her to be driving there alone, I decided to tag along with Jasmin.

And yup, being the only guy there with a bunch of ladies who were busy chit-chatting is a bit weird. Weird in the sense that it’s not appropriate to join into their conversation because it’s a bit out of my topic. I mean how lar as a guy you want to talk about pregnancy, or gossip about some astro friend in Australia?

So instead of talking, I am busy snapping some pictures of the food we ordered at Delicious Bangsar. I would say the ambience is quite good with nice setup and lots of pretty people. Food-wise, it’s a bit on the pricier side (that is if you are ordering local delicacies) but for pasta, I think it’s quite reasonable. 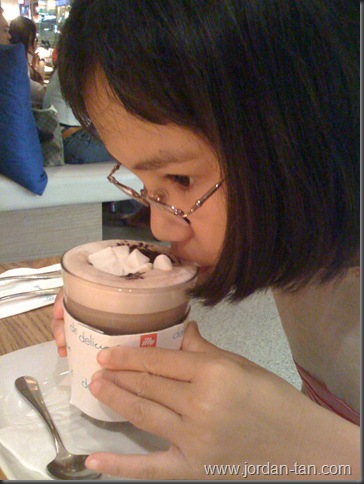 Here’s Jasmin sipping her hot chocolate with little pieces of marshmallow. While May was busy chit-chatting while being serve her Assam Garoupa rice. 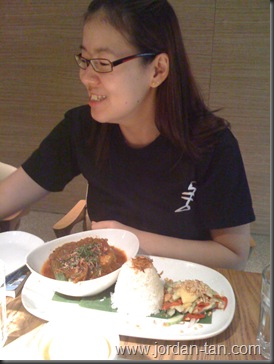 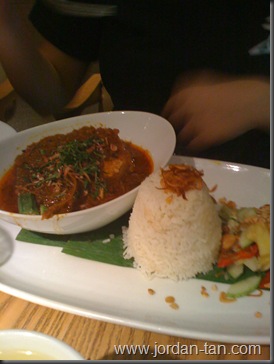 The garoupa is actually quite nice as it’s not too sour and the gravy tasted good. May was craving for sourish stuff although this dish don’t get to fill her desire enough.

As for me, I ordered Smoked Salmon Angelhair Pasta, 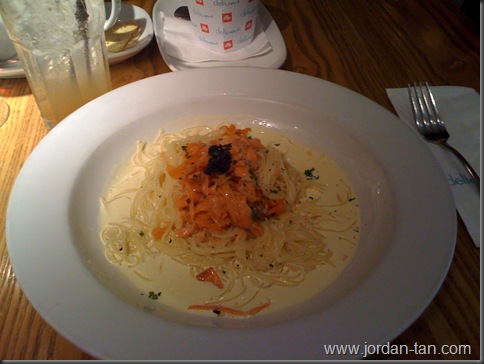 where the cream sauce is just nice (not too creamy and milky), a generous portion of salmon with a dash of caviar on top. It’s so good that in the end, I have to switch it with Jasmin’s Four Cheese Macaroni. You know why? Don’t need me to tell you, her reaction on the following picture says it all. 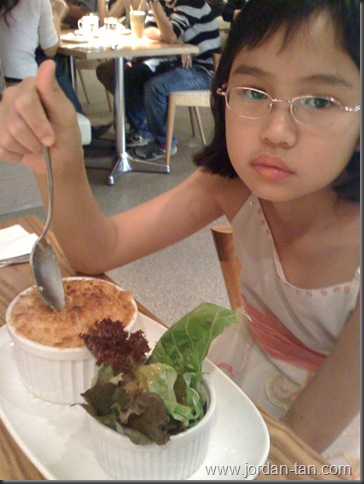 For Macaroni & Cheese, I find it not cheesey enough to my liking and Jasmin is one of those picky eaters in terms having mac & cheese. But apart from that all the other dishes are quite ok.

Both me and Jasmin didn’t stayed long as we head to MPH to get some books as she’s having her 2 weeks school break starting today. And me ended up spending more than RM100 getting a few Mister Midnight (kids dig this you know) and myself the Secret of Millionaire Mind and Life’s A Pitch!

We then head to Village Grocer to get some packet Milo and crackers for May’s car. Overall it’s a very good dinner, definitely will go there again to try their weird muffins and cupcakes.

My 1st experience washing the bathroom