Since young I was brought up where Bak Kut Teh means pork in different bowls with soup. It is not until a couple of years back that I was introduced to claypot Bak Kut Teh, something that I am still not use to.

One of the shop that I went since my primary school days is Meng Kee (I only knew the name after this visit!), located in Section 1 or more commonly known as PJ Old Town, beside the Medan Selera. 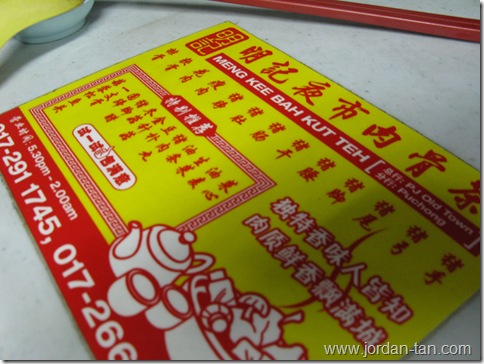 Their style of serving is very similar to the ones in Klang where each part of the pig is served in different bowls.

As there are about 10 of us, we ordered two bowls each of some of the parts that we wanted. 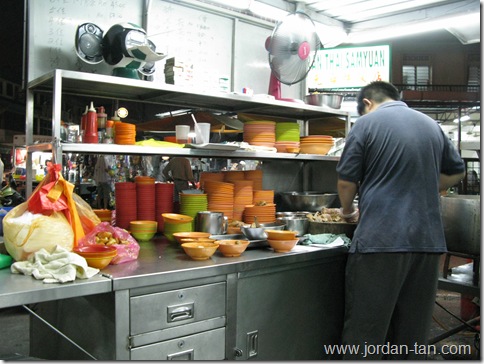 The chef is action, cutting up various parts of the pig. There’s also a stall nearby that apparently sell delicious Steamed Chicken (although it’s also the 1st time I tried it after eating here for more than 15 years!). 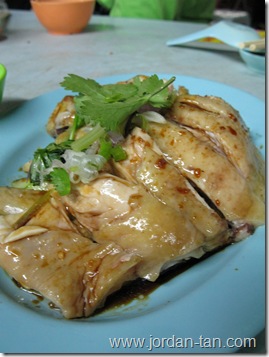 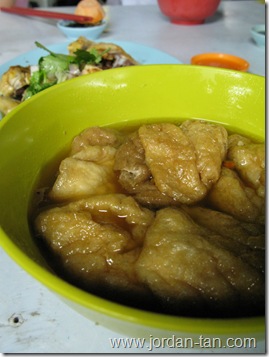 I would say the chicken is ok, not as delicious as what my grandma claimed it to be. Next on the line is Fried Bean Curd. Not entirely my favourite because it will normally make the soup rendered tasteless.

We ordered a couple of the norm like the tail, the ribs and also some part of the loin. 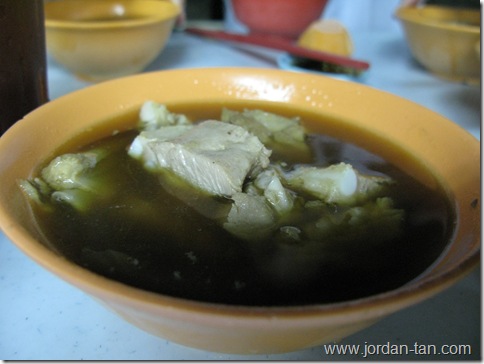 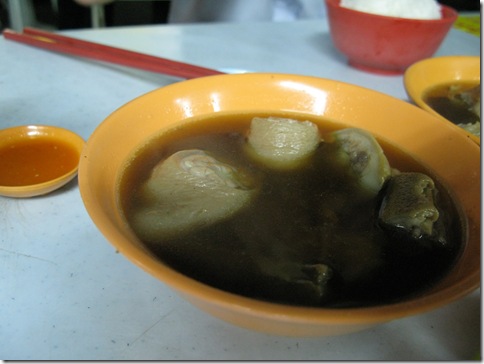 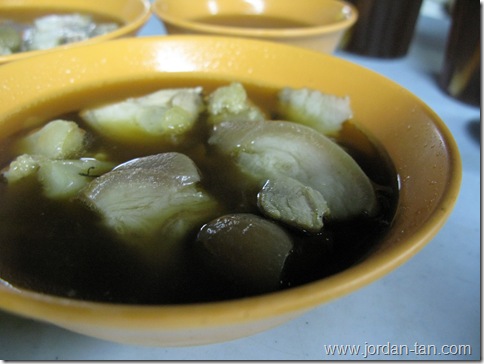 It’s been quite a while since I ate here, must be a couple of years and price wise, it’s has increased since then. It’s about RM100 plus but it’s still quite alright consider there’s 10 of us. If you are used to eating Claypot Bak Kut Teh, I am sure that you won’t get use to this as there’s no Inoki mushroom, no other stuffs in it, just plain meat and soup, then again, it’s this that makes me fall in love with Bak Kut Teh.

Something simple and there’s fireworks to watch too. 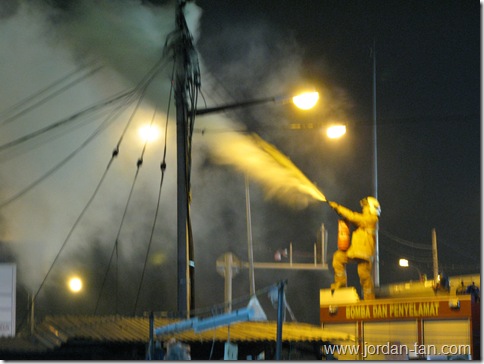 So happened that one of the wires on the lamp post is electrocuted and there’s spark all over, so a call is made to the Fire Station and there are doing the works to make sure it’s save. Well it’s good to know that their response time is less than 10 mins.

Off to a massage