A visit to Genting

Last Friday, me and some of my colleagues went up to Genting. It’s been a long time since I was there, if I remember correctly, it will be more than a year. I organized this trip mainly to get together and also just remembered that this will be at least one of the last time that we will be hanging out together as a group.

One of the main purpose that we go up to Genting is to eat Marry Brown, oops, I mean to test our luck against Uncle Lim. And since it’s a Friday, most of them only joined me after work. Me and another colleague decided to go earlier as the rooms are booked under our names and we have to check in before 6pm.

We reached there about 3pm and after choosing our room (as we have got 3 rooms), we head to the Star World Casino for a round of slots machine. Well I initially won about RM100+, but ended up loosing everything as we were both trying our luck on the mega jackpot which is worth more than RM150K! But at least my RM50 allows me to sit there for close to 2 hours.

We waited for the rest to reach Gohtong Jaya, which they eventually did about 730pm and we had our dinner there. No pictures of any food as they ate as fast as lightning.

We met back after the ladies refreshed themselves and head to Monte Carlo. I have always wanted to get one of those Genting Green Worlcard, but after 8 years of holding the standard card, I still don’t know how to get it to be change. So one of my colleague mentioned that in order to have that Green card, you will need to accumulate 1 Genting Point (GP). So from there, we began to have points accumulation frenzy.

Some of the ladies decided to play Roulette while a few of us played a game called 3 Pictures, just a simple game where each player is shuffle 3 cards and see who has the highest points. I lost about RM60 there before trying my luck in roulette. I was down to my last RM10 when I decided to just buy 2 numbers, 18 & 27. Eventually, number 27 got rolled and I won about RM180. So I cash out and sat at the 3 Picture table once more and won about RM40.

So in total, I think I still loose about RM10-20, but had a great time on that table and finally got my Green Card with 1GP. That’s almost 4 hours of hanging out in the casino.

We lepak at Starbucks for a while before retiring about 5am. The next morning, guess what we had for breakfast? Yup, Marry Brown. 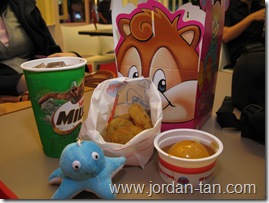 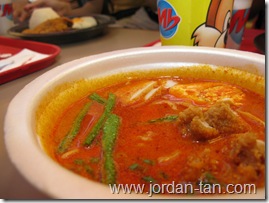 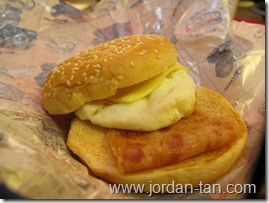 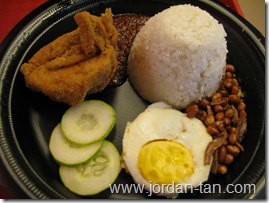 The food is ok lar. I ordered the Laksa, taste weird when you add it with Fried Chicken. The kids’ meal is a bit kiddo as the toy looked very ‘cheap-skate’. The burger I think should be ok lar, while the most appealing meal would be the Nasi Lemak set.

After meal, it’s picture time. But I think these are taken before we makan. 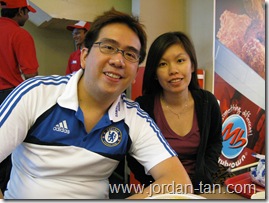 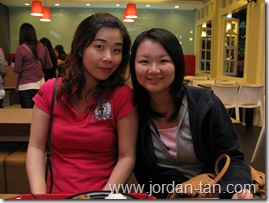 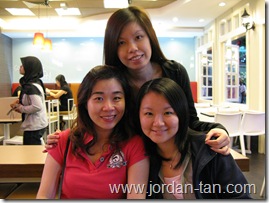 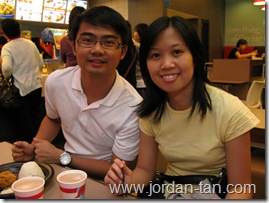 And finally, a group picture. 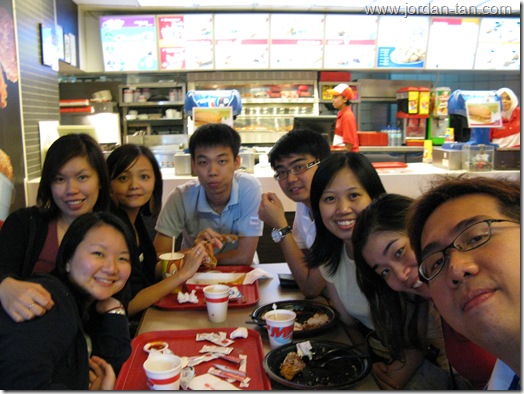 Not the nicest but definitely the most candid. Well, it will still be better off that asking some strangers to take for you.

We walked around in 1st World as there’s a massive jam in KL. Bought some shirts there as well. At about 2pm, we head back to the city and some bizarre noise was coming out from my car. And I ended up have to bear with that noise until I reached home.

Managed to drop Sher Lin in Kepong and Jiun in Sungai Buloh, Shireen in Midvalley (which she didn’t mind and ended up shopping) and Kel near my place. Turns out to be that my brake pad is finished, hence the loud noise. But I am glad that everything is safe. Looking forward for another great outing soon.

How could they banned Megan Fox?