Remember that I wrote in some post back that I love the month of July. Aside from my birthday, it’s a month of constant eating. Haha, mainly because my mom’s birthday also falls in the same month.

Her actual birthday is today, but we pre-celebrated it last night because my sis have to go for classes today while my cousin is leaving back to NZ. I initially wanted to eat at this La Frontera place that KY mentioned in his blog few weeks back but my dad saw this advertisement in the Star that Ah Yat is having this promo set of RM55++ for abalone, and since it’s been quite a while that we actually eat at a Chinese restaurant, so we make our way to Ah Yat Abalone in PJ. 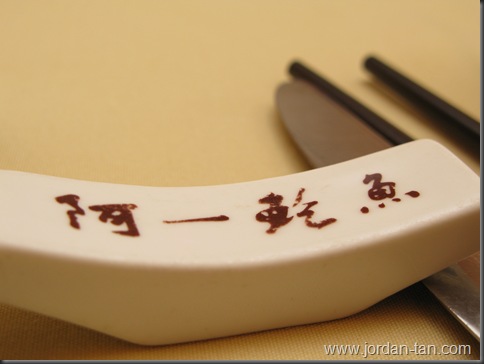 I have eaten here once when May’s sister is back from London last year, and I can tell you that their ‘Siu Yuk’ is really nice. So I have got a good impression of their dishes. While we were waiting for the rest of my family to come, we snapped a couple of pictures before we get busy with our food. 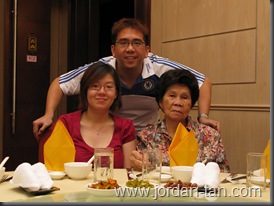 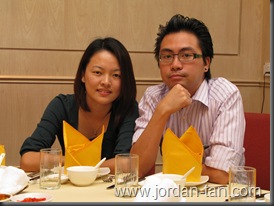 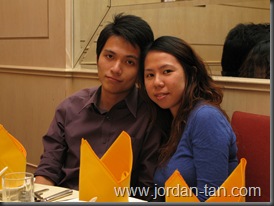 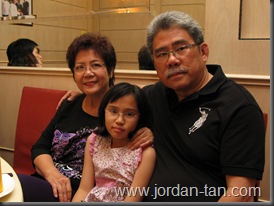 So after a while, the rest of the gang arrives. 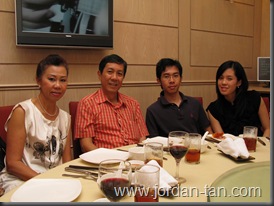 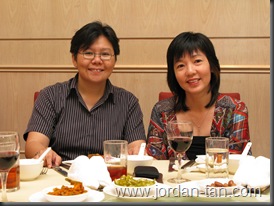 We were seated in a private room, a bit crampy for 16 person and the air condition is too cold even after I switched it to 25 degrees. This is how the room looks like, with the name…Ching Sum, I wondered what that means. 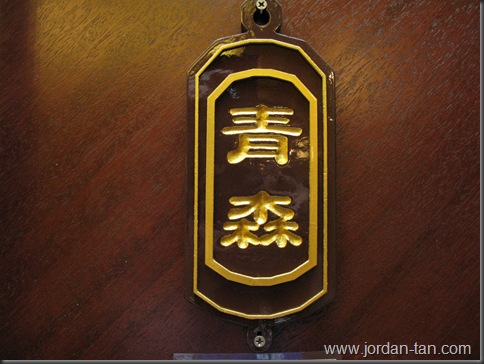 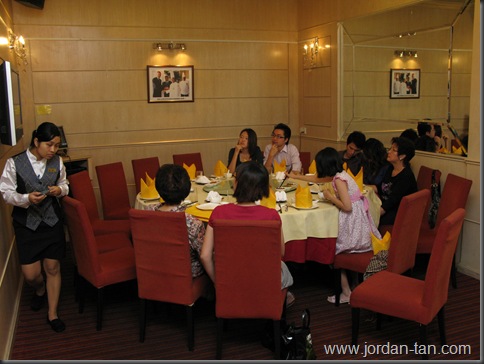 So after everyone arrival, the dishes starts to be serve. First one that is served is some sort of a jelly with shrimp inside. 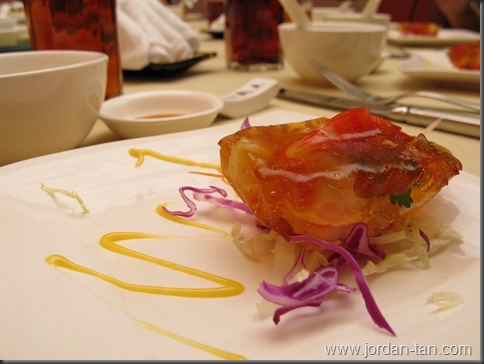 The taste is so so only mainly because it’s a cold dish, and there are some pieces of fruits in the jelly. But still quite an appetizing first dish. 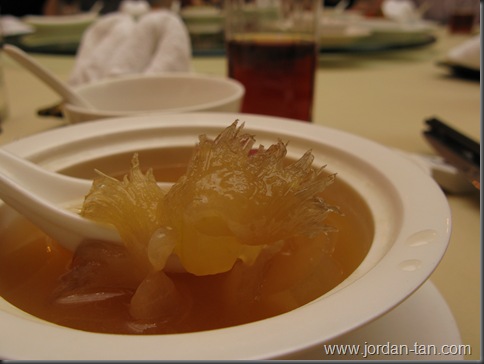 Next comes the soup. Braised shark’s fin with winter melon and bacon. The soup is quite nice although it’s not piping hot. Would have taste better if it’s hot. 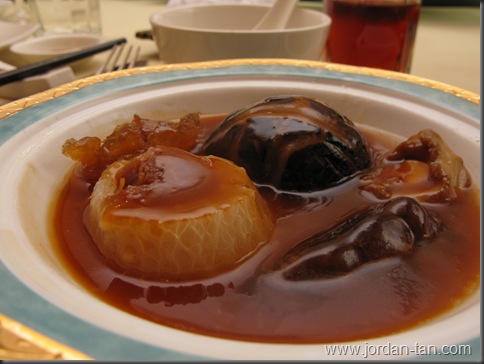 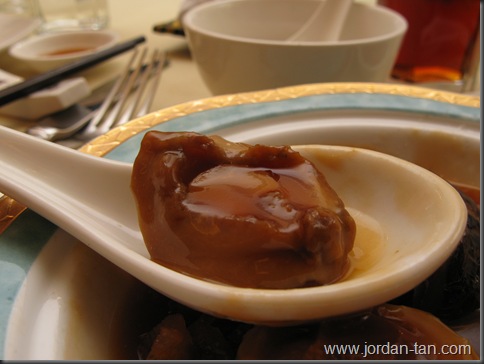 Next comes the abalone. The dish is delicious, with a single piece of mushroom, sea cucumber, winter melon and dried scallop, fish maw and last but not least a piece of adolescent abalone. The abalone is quite small in size but for RM55, what more can you ask right? 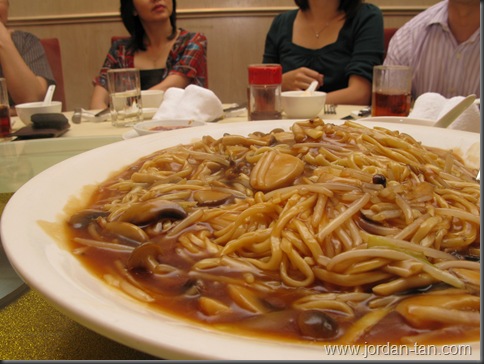 The braised noodles is quite good too, with a generous portion of different kind of mushrooms. (We have to order this because May, my grandma and my aunt can’t eat those oily stuffs, so this is the next best alternatives) 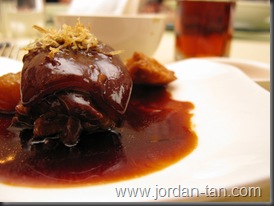 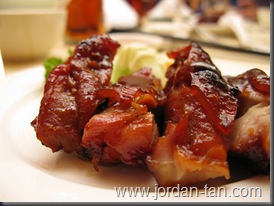 Once again, the taste don’t fail me at all. The Dong Poh Yuk is so succullent and juicy and tasty. While the chicken is quite normal, nothing special because it’s char siu, using chicken as the meat. 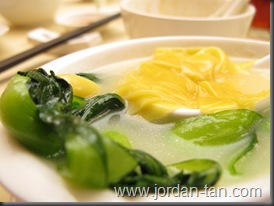 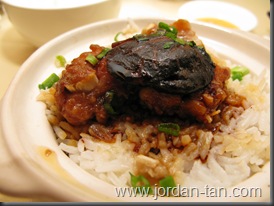 The soup is ok ok only, cooked with some veges and some wantan skins. While the last dish, which is some sort like Claypot Pork Ribs Rice taste really good. I ended up finishing Jasmin’s portion as well.

We were also served Mango Pudding as dessert and a complimentary glass of Flower Tea. 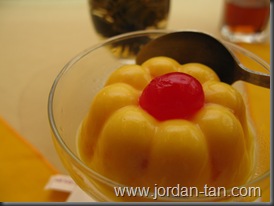 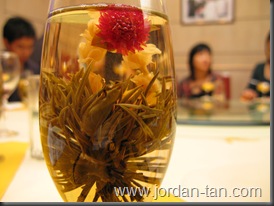 Overall, I think it’s a satisfying dinner. While the portion seemed to be a bit small, but it’s definitely filling. Although I don’t really know how much is the total bill because dad is paying this time around. Well what more can you ask, a private room, some great food and last but not least, a karaoke set. Anyways, I know mom that you won’t be reading this, but still Have a Happy Birthday!

Nothing to do on a lazy Sunday

Going round in circles