Queen’s Birthday and back home early!

It’s Queen’s Birthday in Australia today so basically there’s nothing much to do apart from some paperwork that need to be submitted for approval. So as the lunch gang have decided last Friday, we were to eat lunch at Pavilion today.

So after finishing my stuffs, and close to about 1145am, we head over to Pavilion for lunch. The crowd is still ok as we are there early. So after seated, all of us went separate ways to get our food. 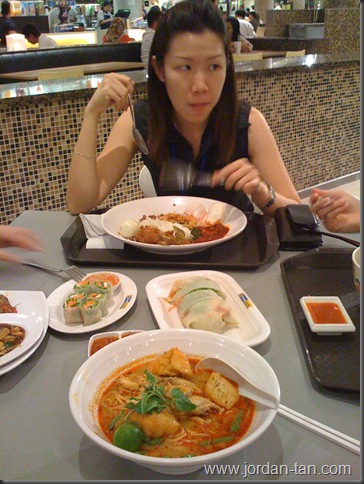 So I ordered my laksa, which is one of the ok food in Food Republic, while Chin2 ordered the nasi lemak, one of the best food in the food court. 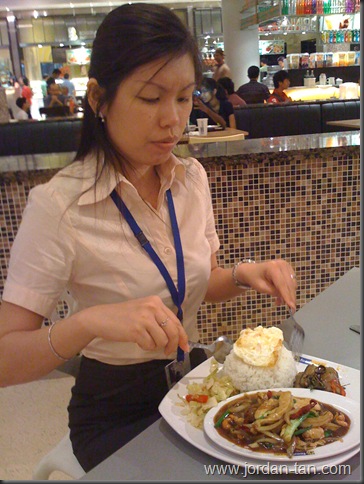 Shireen ordered some kung pow chicken rice, which is not nice at all and she didn’t even finished it. 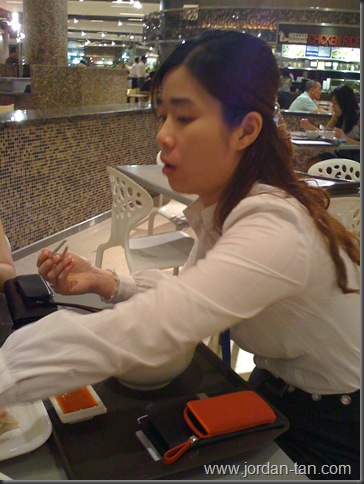 And Kellie ordered some Japanese noodle I think which you can see is being blocked by her arm.

Apart from taking our lunch, of course there will be some interesting topic to talk about. I was telling them that I met an old college mate in 1U last Saturday, and all I did was just say hi and that’s it. And then they are saying how come I am so rude. I was telling them I am a bit stunned when she called out my name, that’s why I don’t know how to response. Moreover, we are actually heading for dinner.

Generally this is normally how I spent my lunch during a public holiday in Australia and I get to go home early too. Good for me as this morning when I woke up I felt a bit dizzy, and once I reached office, there’s a mild headache. So it’s actually a good idea that I can come home early to take a short nap. For those of you still working, happy Monday!