Have you heard of Krispy Kreme before? If you watched the Simpsons, you will know coz the clown (which I vaguely remember) always eat it. Anyways, my first encounter with Krispy Kreme was when I was in Sydney last May, unfortunately I didn’t taste it there. And after 1 year only I managed to sink my teeth to one.

Step aside, Dunkin’ Donuts, J.Co and Big Apple as the next donut craze is in town with the launch of the flagship store of Krispy Kreme @ Berjaya Times Square last Monday. The launch was quite happening with the 1st person queuing up will get 1 year supply of donuts! And I heard that there’s actually people queuing up as early as Sunday midnight so that he/she can get a year supply of donuts. See…that didn’t happened to J.Co or Big Apple right?

So being me, I’ve been harping on it non-stop for the whole week until we decided to head down there on Saturday morning to grab some.

We were greeted with the most polite waitress in a donut shop, and while I am deciding on what to get, she even offered us 2 hot, just out of the oven, glazed donut while I am still pondering how many should I get. In the end I decided, to take a dozen of assorted ones and a dozen on the famous glazed ones. The price, about RM38. Pricey, you can say so but I can tell you it’s the best donut that I have ever eaten.

The dough is so soft and with the glazed sugar just melting when you bite on it. It’s like the king of all donuts! And just when we were about to walk out the door, there’s this mat salleh with a Krispy Kreme cap greeted us. I am assuming that he must be some American who are here to oversee the business. 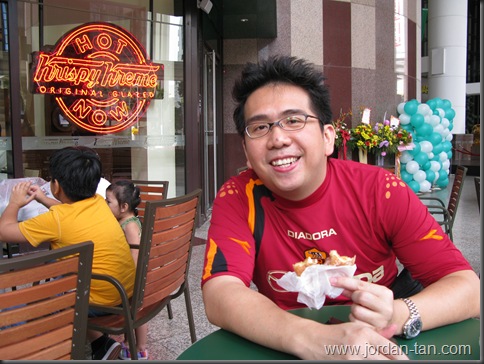 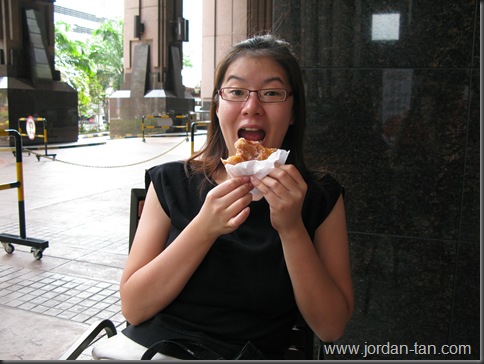 As you can see, there’s not too many people there coz it’s like 10am on Saturday, but I think come lunch time, the queue might be up to Low Yat Plaza (ok, maybe I am exaggerating!) 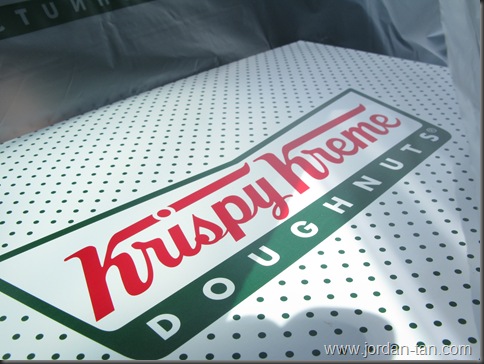 The box that house all the yummy donuts!

We head over to the Curve to do some shopping and while I was there, I can’t kept thinking of the delicious donuts tucked at the back seat of May’s car. So once we reached May’s parent’s house, we quickly heated up 1 and munch my way to it. 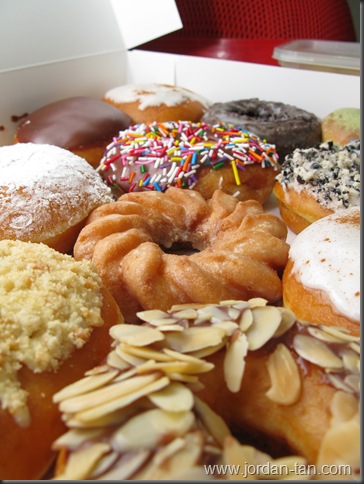 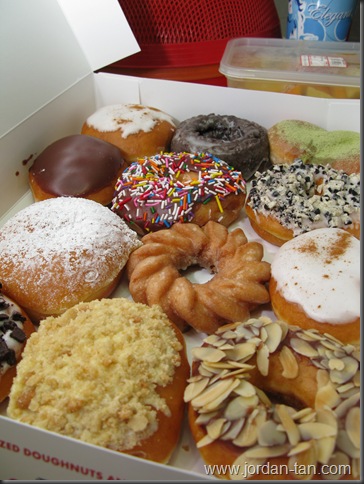 The many pictures of the assorted Krispy Kreme donuts. 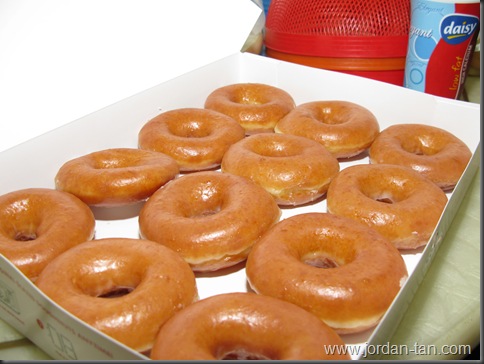 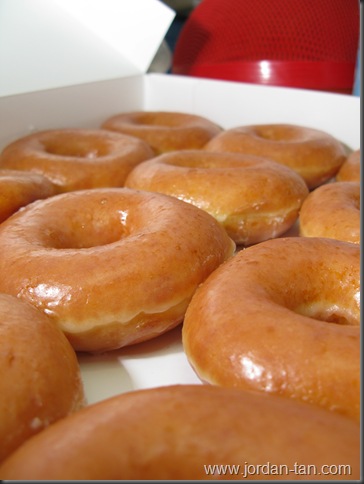 Not to forget, the tastiest Krispy Kreme Original Glazed Donut.

Do you always buy too much donuts and you need to keep it for tomorrow, and by the time tomorrow comes and when you want to take a bite on it, it’s like harden and not as tasty anymore compare to how you initially eat it?

What amazes me is that, even after a day, the dough is still soft and krispy, and that is even before you reheat it in the microwave. Currently I don’t think the rest can do that. So can imagine if you just reheat it for 8 seconds, it feels like it’s just out of the shop.

So move away J.Co, Big Apple and Dunkin’ Donuts…I have a new love now. And it’s called Krispy Kreme!

Disclaimer: I am not in anyway associated with Krispy Kreme, or being paid to write this post. I am a donut lover and this post reflects what I truly feel about the donuts in Krispy Kreme. However, if Krispy Kreme owner is reading this, I wouldn’t mind half a yaar of your shop’s donut! Hehehe!

My Last Visit to Jarrod & Rawlins

From The Wok to The Frying Pan