Have just reached back from Singapore a while ago and decided to post this up. Going down south is actually quite a tiring but pretty fun trip. Reason being is, the last time I’ve been there was almost like 10 years ago and things have certainly changed. And you know, if you were following your family around, there’s nothing much that you can do apart from following them around where ever they go. So this is really considered the first time that I have venture Singapore like I did with other countries that I have visited.

We took AirAsia and boy this is the Xth time that the flight got delayed. Our flight was at 5pm but we only left LCCT at 6pm. Not to mention that there’s this huge queue in Singapore Immigration, so we ended up in Clementi (my uncle’s place) about quarter to 9. As I mentioned earlier that the trip is mainly makan-ing and shopping, we were brought to those coffee stall where we had our dinner. 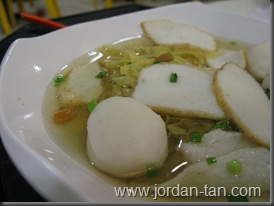 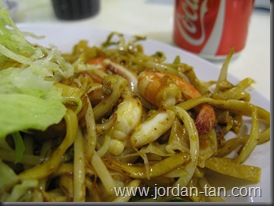 May had fish ball soup (her favourite) while I ordered Kampung Fried Noodles. Mine tasted not bad with lots of seafood, while May said the fish ball soup is so so only. We retired quite early as we have waken up very early for prayers on Friday. And both of us have to cramp into a super single size bed for the night. Ok for me as I don’t move around when I am asleep.

The following day, we left the house about 10am and my aunt brought us to this other coffee stall to have breakfast. Again, the food is quite alright. I ordered Laksa (like there’s no laksa in KL) while May ordered Beef Noodles. 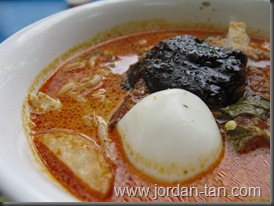 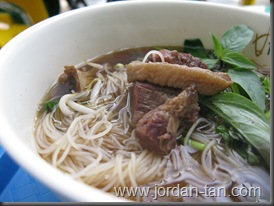 After breakfast, off we go to the city centre to do my shopping. We drop by Raffles City Mall to look see look see. Nothing much to see apart from the normal boutique. Right after that we drop by Funan Digital Mall. I have been wanting to visit this place a long time ago but as always don’t have the chance. This place is really a gadget geek heaven. There’s so many shop selling electronic stuffs and I can tell you that I can spent the whole day there. And if you’re a gamer like me, there’s tons of PS3 and XBOX games in the mall. I can just drool with those newly packed games on the counter. You can only find it in 1 shop here in Malaysia, and there’s Gamers’ Hideout.

After spending a few hours there we head for lunch in the mall itself. Surprisingly the food is not that expensive and comes in lots of variety too. I ordered Teppanyaki Set while May ordered a Hot Plate Set. 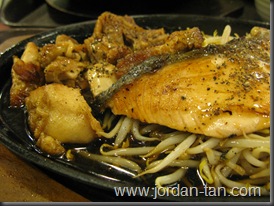 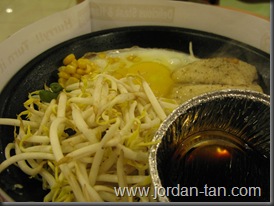 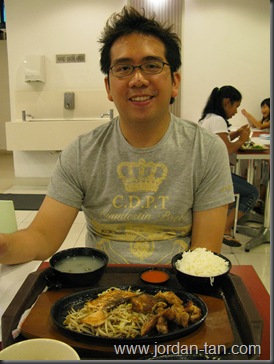 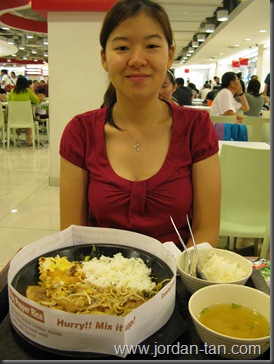 After eating lunch, we head off to Bugis. I thought initially that Lai had recommended us this Petaling Street like market but after going there only I realised that he had meant Bugis Junction, which is another shopping complex. I found that Singapore is actually full of Chinese national that even the sales girl there is one. And sometimes communication is a bit of a problem because it’s like chicken and duck talk. After waiting for 15 mins for the fitting room, May decided to not buy cause the queue is just too long.

We head to Suntec after that, trying to find my Lab Series stuffs. Suntec City is a confusing mall. It’s almost equivalent to BTS here in KL, where the design is a bit weird and you won’t know where you are heading too. Apart from Lab Series stuffs, we actually also wanted to go to Tony Roma’s to try the Baby Pork Rib. When we reached the restaurant about 6+, to our horror, there’s already a long queue. We decided to skip that although our main purpose is to eat that. We decided to take a cab to Sim Lim Mall to see if there’s any more gadget to buy.

Sim Lim is too crowded to my liking and everything is like so messy. A lot more messier than Sg Wang. After a short while, we head back to Bugis Junction to have our dinner. 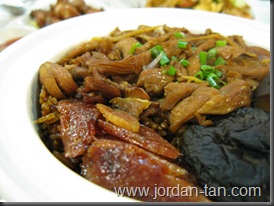 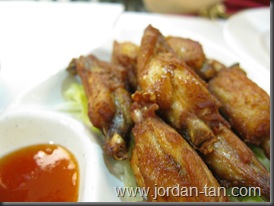 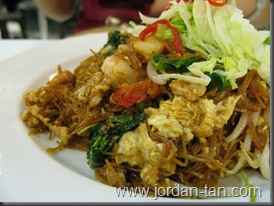 Dinner was so so. But then again, both of us were so tired that we just want to sit down and eat. We ended up at the food court at the bottom floor of BHS. May ordered Mihun Goreng while I ordered Claypot Rice. We head back up to get a backpack before taking the MRT back to Clementi.

Do you want to know what we have bought? 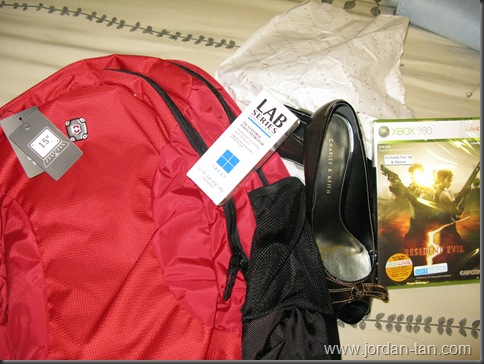 A Victorinox Backpack, a bottle of Lab Series Moisturizer, a pair of Charles & Keith shoe and my Resident Evil 5 Xbox game.

We are leaving on a night plane back to KL on Sunday, so there’s not much shopping to be done. We just head to Orchard as my aunt wanted to treat us lunch. Instead of our initial plan to get at this dim sum place, guess where we ended up eating? 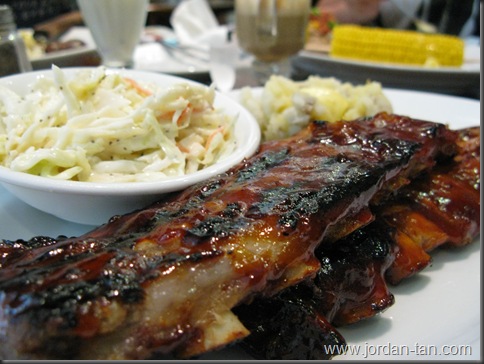 Yup Tony Roma’s! The rib is just so good that it’s a must try cause you won’t get it here in KL. Price is dollar to dollar compare to Malaysia. We walked around Orchard for a while before heading to Funan again to do some last minute shopping. Although I end up buying nothing.

We left Clementi at 530pm, reached Changi about 640pm and quickly check in before heading to this place for dinner. It’s called… 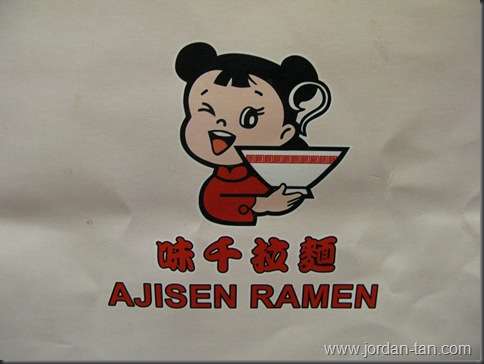 Ajisen Ramen. The ramen is quite good and I like it. Reason being it’s spicy. I ordered this called Volcano Ramen while May ordered Spicy Cha Sho Ramen. The set is only SGD14++ only plus you get to order another plate of starter. Not bad right? Better than AirAsia nasi lemak. 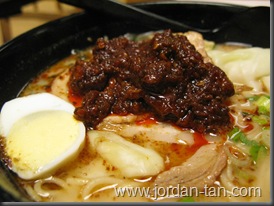 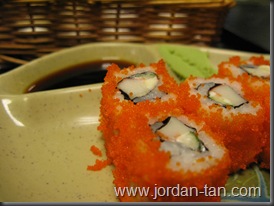 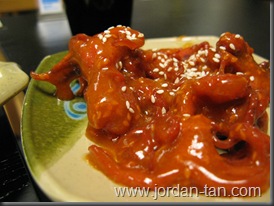 We checked in without much hassle after that and have to run all the way to the departure gate thinking that it’s the last call to board the plan, but ended up waiting another 45mins before able to step on the plane. Crap!

Overall it’s a good trip. The only setback is I didn’t bought the Sony PSP at the airport as it’s darn cheap which is SGD259. And I don’t think I will be able to find it in KL as these version of PSP is currently selling at RM1K+….sigh. Now who’s going to fly from Singapore soon?