This is only my 2nd year celebrating Qing Ming festival and this year, I woke up extra early to visit grandpa (even earlier than my normal waking up time for work!). We left our house at 6am and reached Nirwana Park about quarter before 7, and I was surprised that there are people earlier than us. These guys must have reached there like 5-6am?!? That’s was soooooo early!

When we reached my grandpa’s site, it’s just nice to catch the sun rising. 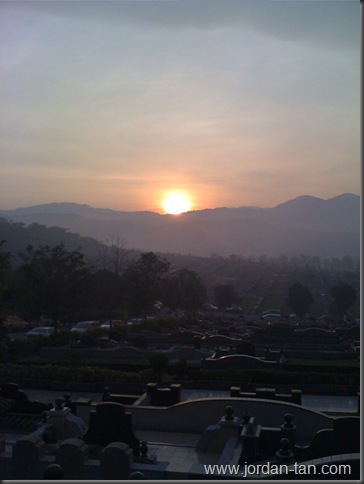 It’s so peace and quiet with an occasional firework sound at the back. As the sun is rising, we start preparing the place for worship. My family is the first reaching there, followed by my uncles. I guess it’s a good chance for everyone to gather together as well on this date. I managed to snap a couple more pictures before the sun is way up. 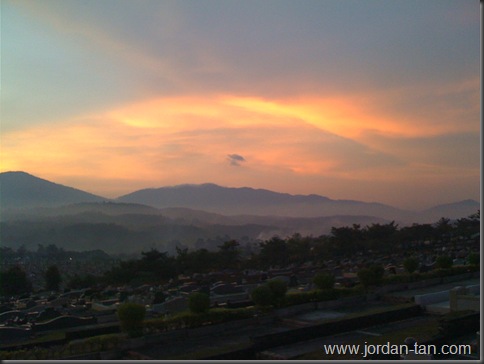 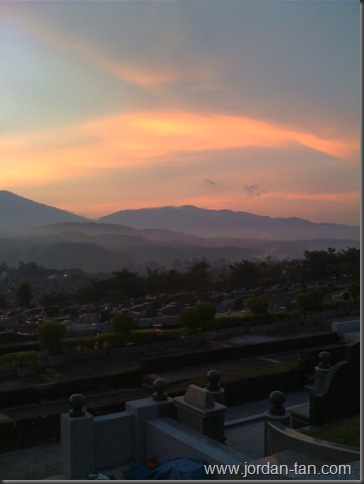 I didn’t bring my camera so I was using my iPhone to snap these pictures. And I have been using this application called ClearCam to enhance the picture quality. Not bad I would say on the pictures that turn out. 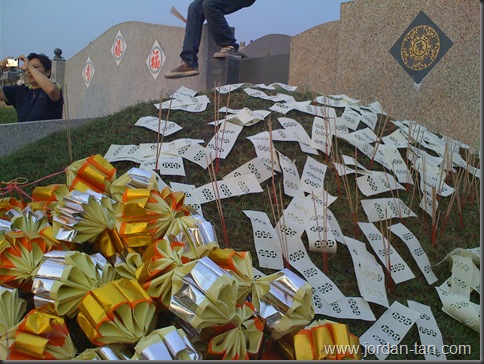 All the ‘kai chin’ and joss sticks around my grandpa’s resting place. We were there for almost 2 hours, talking and burning the things that we have bought. And also occasionally view around others who lighted up their firecrackers. Just before we make a move back home, managed to snap a picture of us. 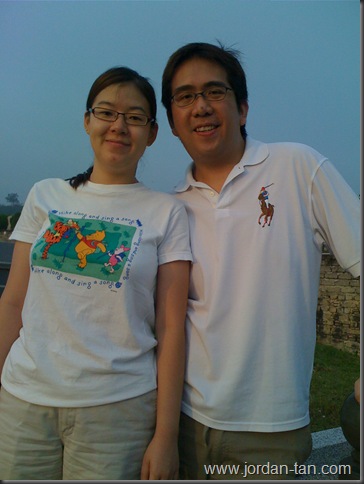 Both of us wearing right so that it will reflect the heat rather than absorbing them. We left the place about 9 plus and was shocked that there’s traffic jam halfway back to Cheras. I managed to find a detour which managed to skip a little bit of that jam.

We reached home at about 10 plus after I took a wrong way and ended up in Bandar Sg Long. We had lunch and home as grandma have already cooked a feast earlier.

One thing I noticed that if you woke up early on any particular day (apart from working day), time will pass by slowly and you just wish that it will always stay that way. Not bad right, then you will get to do a lot of your personal stuffs by waking up early. I was telling May, “Let’s do this more often!” She didn’t say much, but I hope that’s a Yes?!?

So how do you celebrate your Qing Ming?

Me and my hair